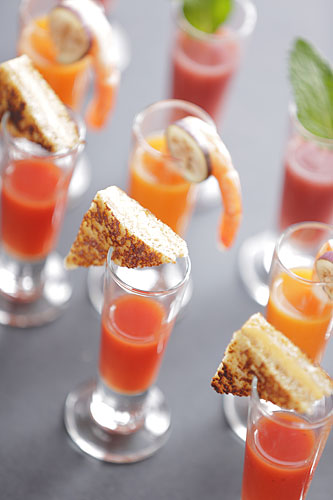 Executive Chef Stephen Rohs opened Painted Bench Catering in 2009, with a vision of creating Denver’s finest catering service. Educated at The Culinary Institute of the Arts in Denver and trained for almost three years in Napa Valley, Rohs infuses every dish he creates with his extensive knowledge and passion for perfection.

Most notably, Chef Rohs and his brother, Bill Rohs, owned and operated Painted Bench Restaurant in Denver for more than eight years. Painted Bench and Chef Rohs received numerous accolades, including 5280‘s Top Chef Award, Westword‘s Best of Denver, and one of America’s best bistros in Bon Appetit. Once word of his unique dishes got out, Painted Bench was considered one of Denver’s top eateries.

Chef Rohs began cooking in his mother’s kitchen in Springfield, Illinois when he was just a little boy. The fourth of six children, he frequently found himself helping his mother prepare food for the whole family. It was her passion of food and entertaining that drove Chef Rohs into this career about which he is so passionate.